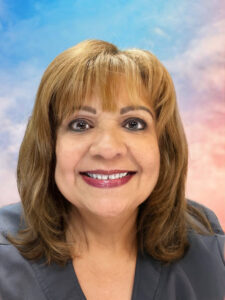 A Central American national, born to missionary parents, Indy has dedicated her life to lifting up and empowering Latin Americans.

Indy’s women’s conference, Mujer Auténtica has been presented in the U.S., Mexico, Central America and South America. This conference boldly discusses what the scriptures say about a woman’s ministry, marriage and combining them in a way to please God and her family.

She is a published Christian music songwriter, has written and published her Bible study Mujer Auténtica and is in the final stages of writing a children’s book series.

Indy established U.S.AMEN Ministry to aid evangelical churches in Latin American countries. In January 2006 mission teams traveled to Grecia, Costa Rica to begin construction on a church. Efforts continue to raise money for construction. Mobilized mission teams are involved with the nationals in building the church. This forms a partnership with eternal value. Randy has been involved in missions since 1979 by taking teams to Mexico to serve in evangelism, vacation Bible school, construction, and church services.  He began going to Costa Rica around 2003 and has continued to serve on a yearly basis. He is also involved in evangelism, discipleship, and church planting in Austin as well as in Costa Rica.
He’s currently attending Great Hills Baptist Church in Austin, Texas and teaches a singles Bible Life class.  Also, he attends Southwestern Baptist Theological Seminary in pursuit of a Masters in Theological Studies.
Hobbies include playing the guitar, travel, and spending time with friends.

Lee, having missionary grandparents, grew up loving the Latin America community and the mission field. He is an engineering graduate from Texas A & M University. He received his masters in Divinity from Truett Seminary in Waco, Texas. He has pastored a small country church and larger inner-city church. Now he is the pastor of Promised Land Community Church in Houston, Texas. 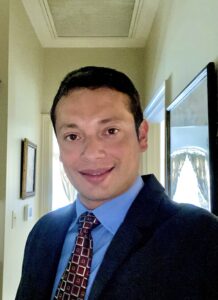 Lilo Hidalgo was born and raised in Costa Rica. At the age of 11, he started playing the piano for the church choir. He continues to serve in the music ministry at Promised Land Community Church. After college, he came to the United States and began working in the Oil and Gas industry in a Seismic company. Lilo joined US AMEN Ministries in 2005. He is married with two children and enjoys giving back to his home country by serving the people wherever he is needed.

She was involved in missions before she was born.  How is that possible?  She was born to missionary parents while in the field.
She started going to Costa Rica with US Amen in 2006 and has faithfully led the women’s Bible study in Costa Rica for the mothers whose children are attending vacation Bible school.  She attends and serves at Great Hills Baptist Church in Austin, Texas and plays the violin in the church orchestra.
Some of her hobbies include Tae Kwon Do, travel, and spending time with friends. 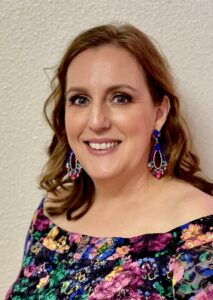 Angela is a proud fifth-generation native Texan, wife of Lee and mother to two precious boys, Thomas and Timothy. She holds a Bachelor of Arts from the University of Houston and loves all things creative. Angela is a member of Promised Land Community Church and enjoys further weekly bible study through BSF international. She spent one summer in Spain & has been on multiple mission trips to both Mexico, Nicaragua and Costa Rica – each trip further developing a special place in her heart for the Spanish speaking community. 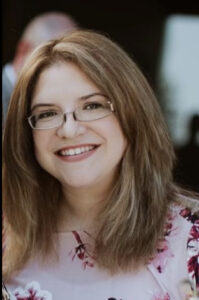 Mindy Hidalgo was born in Kentucky and raised in Texas. She received her undergraduate degree from Texas A&M and her masters from Sam Houston. She went on her first mission trip in college and fell in love with the children’s ministry. She enjoys helping with vacation bible school and bringing God’s word to the children.  She is currently an assistant principal at an elementary school. Rhonda graduated from the University of Houston Clearlake with the BS in legal studies. She has been teaching for the last 17 years in Christian education. God has not only called her but has given her a heart for missions.  She went on her first mission trip her freshman year with first Baptist church when they went to Mexico.  Since that time she has been involved in several mission trips to Mexico, Costa Rica, Ecuador, and the United States. Rhonda is married to her wonderful husband Jack and they have a beautiful daughter who also has a love for missions. 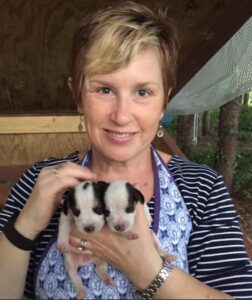 Angela was fortunate to grow up in a Christian home where regular church attendance was a natural
part of life. She accepted Christ at the age of 8 where her mom led her through the plan of salvation. Early in life she felt led to missions. Through her teens she was able to share her faith as counselor at a Baptist camp, and as an adult through service in her church as a Sunday school teacher and youth leader. From time to time, she thought about her call to missions and felt she was serving in the best way possible through her work in her church, community and as a special education teacher. In 2009 she
served on her first mission trip to Galeana, Mexico and she came back dreaming on the next time she could serve. That opportunity came in 2018 when she served with U.S. AMEN in Costa Rica. She is fully committed to continuing the work the Lord has started in Central America.

Melinda Harrington has been involved in missions in various ways since high school. During her senior year in high school, she felt called to the mission field in some form. After graduating from Texas A&M University, Melinda served on the mission field for two years in Oaxaca, Mexico. Since then, she has been involved in many mission trips and events through her church and through various independent groups in the U.S., Mexico and Costa Rica. Melinda has been involved with USAMEN since 2018 when she made her first trip. She is a retired public educator and continue to work in a part time job with the public housing authority in her hometown. Most days, this is a mission in itself. She loves travel, photography, hiking, and various other sports. The Lord continues to bless her with mission opportunities, and hopes to continue in ministry for many years to come.

Susy and Oscar are the Ministry’s representatives in Costa Rica. Susy majored in International Commerce and is now perusing her masters. Oscar is a Computer Engineer. They both love the Lord and love serving God’s people. They are definitely the right hand of the ministry in Central America. 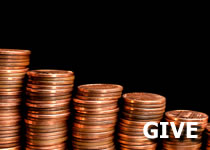 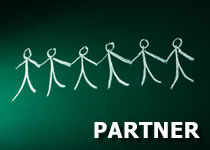